2011 Clever Ants, Estonian Drama Theatre colleague award for the good marketing in the “Dancing with the Stars”

Jan Uuspõld was born on the 14th of December, in 1973 in Tallinn. Raised in Nõmme, he was a true urban boy, as his family had lived there for four generations. After Mai Street Kindergarten he went to Tallinn’s 34th Middle School, where he went for five years. In 1986, he and his family moved to Keila and Jan went to Keila´s 1st High School, where he graduated middle school.

It would be wrong to say that Jan has had a great singing or acting career starting from the early days of childhood. Actually, he didn’t have a single solo performance in kindergarden or elementary school until his family moved to Keila. Jan was enrolled in a music class and a hidden talent was discovered! He started singing in a school choir as a baritone and performed at many song festivals.

The first big breakthrough was a music exam, which took place at the end of the first term. Jan sang Handel at the exam and got an A for his excellent singing voice and performance. Jan got inspiration to be more engaged in music.

As a teenager, Jan was a big fan of the Rollings and J.M.K.E. With the help of his friends, he learned to play guitar. Jan asked his mother for some money to buy his first guitar. The cheapest guitar at that time cost 15 rubels (a Russian currency used also in Estonia until 1992), but Jan took a chance and bought more expensive one – a Russian guitar, worth 30 rubels. When Jan and his schoolmates created their first band, they used Cžech electric guitars. The guitars belonged to the school, and had been played by Peeter Volkonski’s band.

The older boys at school had a band called the Dracula – quite a bloody name for a school band! Jan and his bandmates named themselves after this band, calling themselves Trakulla – the smaller and sweeter brother of Dracula. As the boys got more serious about their band, they started looking for lyric inspiration in a popular magazine called Youth.

At this time, the boys also started a new band called the Second Life. The composition of the group did not change, but the roles between the band members did. Since it was a punk band, Jan had a true punk hairstyle – including a big fancy hairbrush on the top of his head. The punk lasted until a new band was born and this time it was named after a famous shampoo – Wash and Go.

The new musical creation was inspired by jazz and blues. The band even went to Leningrad (Saint-Petersburg) to record some of their songs at a studio. At this point, there were many people in Keila who were eager to play the Texas blues, a style of blues with more swing. They created a new band called the Luxury Filters. Thanks to a music show, 7 brave, the band gained fame around the country. The lyrics of their most famous song, Tram nr 66, were written by Jan. It was played on ETV (Estonial National Channel). The band was reunited after 19 years for one performance at the 2013 August Blues festival. 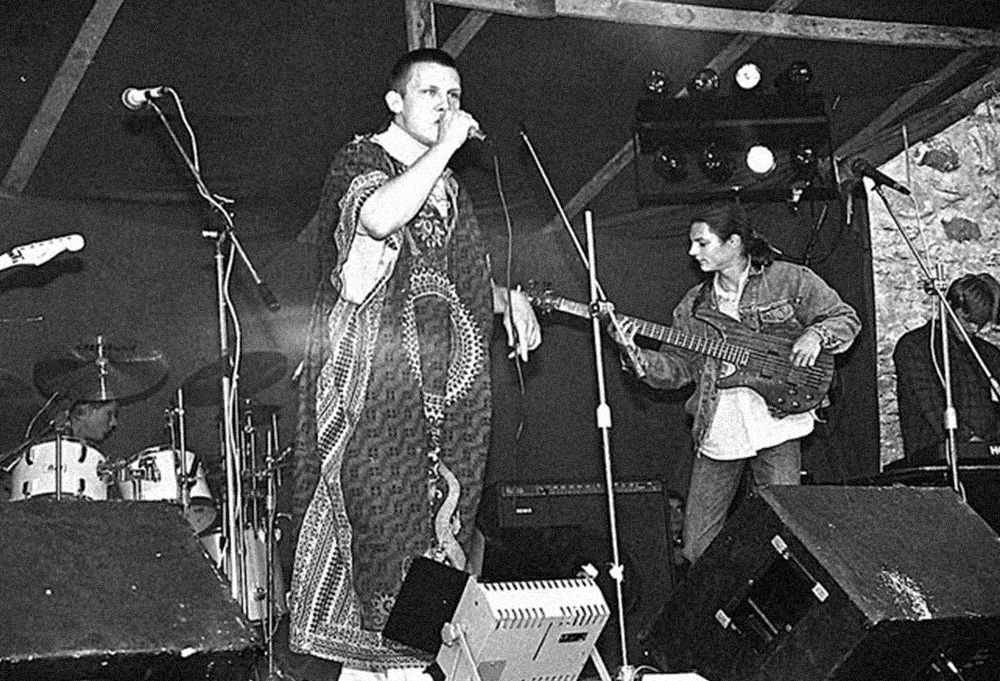 Although Jan was singing in a choir and in many bands, he didn’t become a professional singer. He needed a bigger way to express himself, and wanted to become an actor. Once, Jan was attending a performance, “One Flew Over the Cockoo’s Nest” with Tõnu Kark in the leading role. At the end of the play, Tõnu kicked a football to the audience. Jan wanted the ball so badly, he traded all his pocket money to the boy who caught it. Jan was shy as a kid, and had no idea that one day he would be Tõnu’s colleague at the Estonian Drama Theatre.

After graduating middle school, Jan went to Tallinn’s 1st Industrial High School and where he was trained as of offset printer. Jan has done everything in life with great dedication. He worked as a printer, salesman of pots and pans, and as a fox shepherd at Karjakül’s fur farm. In the army, Jan learned how to work hard and have discipline. He sees his time in the army as a good experience, and had considered serving overtime. Instead, he was accepted to “Estonian Academy of Music and Theatre” and become an actor.

Jan went to EMA Higher Drama School in 1994 and graduated as a proud member of the 18th flight in 1998. This school in Tallinn is now named the Estonian Academy of Music and Theatre. Jan’s course instructor was Priit Pedajas, who offered him a job at the Estonian Drama Theatre. He gained success quickly and was offered many roles, becoming one of the busiest actors in the theatre. In 2005, Jan went to Tartu and played at the Vanemuine for two seasons. He was invited back to Estonian Drama Theatre in 2007.

In 2009, Jan and his partner Karl Kermes created a Monotheatre. This was Jan’s first personal project in the private theatre business. Monotheatre revived a popular comedy play called “Defending the Caveman”. It also staged two follow-up plays: “Father” and “Grandfather”. The theatre ended its business in 2014. In 2013, Jan decided to leave the Estonian Drama Theatre and devote more time to develop his own theatre production company, Prem Productions. 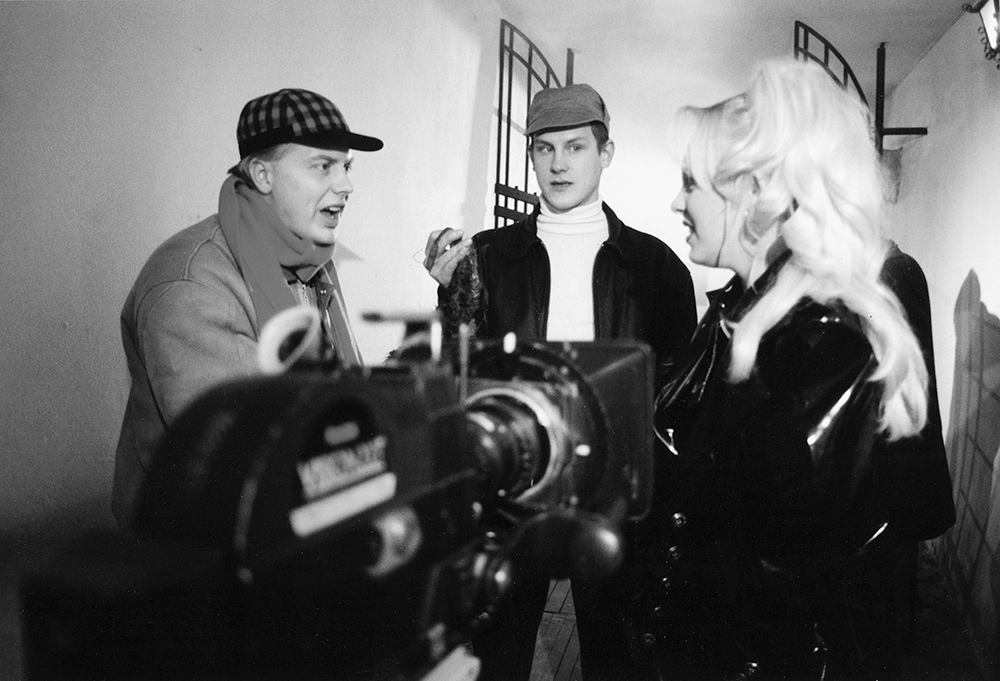 Jan was a first year student in acting school when he got his first television role. He was invited to the humor show Wremja by Dan Põldroos and Ivar Vigla. This was the beginning of a long-term cooperation with Dan Põldroos. Jan gained more recognition thanks to his humorous role as a Zorro in Wremja, which was broadcasted until 2000.

In 2000, Jan was casted by YLE2, a Finnish television channel. He got the leading role in a “Siperian Nero”. Thanks to a year of filming in Tampere, he speaks Finnish very well.

After ending the contract with Drama Theatre, Jan didn’t feel like he had a place he belonged. Coming out of writer’s block, he had the idea to make a road movie of him finding his place under the sun again. He introduced his idea to Rain Tolk and Andres Maimik, who were excited by the idea. And so it was done! In 2007, the premiere of the movie, called “Jan Uuspõld goes to Tartu”, became the most viewed movie at that time. It brought a record number of people to the cinemas. It was a movie that made him an icon, which got carried into people’s mind forever.

In 2011, he was persuaded to take part in a charity show Dancing with the Stars produced by Kanal 2. Jan felt highly hesitated about ballroom dancing, he didn´t know how to dance and he thought he was only going to the show to lose the competition. But after his first dance lesson with his dance coach Aleksandra, his doubts faded and Jan started to feel passionate about dancing. And just like that, he won the last season of the show.
One of the most popular TV shows in Estonia, since 2013, has been Your face sounds familiar and Jan attended the show in 2014. Jan´s most talked-about roles were Justin Bieber, Shirley Bassey, Vesa-Matti Loiri, Vladimir Vysotsky, BB King and Fred Astaire.

In 2015, Jan got the leading role as a taxi-driver Urmas Kuldnokk, in a show Taxi. It is a comedy show on Kanal 2, shown every Tuesday evening.

A film writer Toomas Hussar created a character specially for Jan, who accepted the role of a spy in a new movie The Spy and the Poet.  The movie was filmed in the fall 2015 and will be premiered in September 2016. 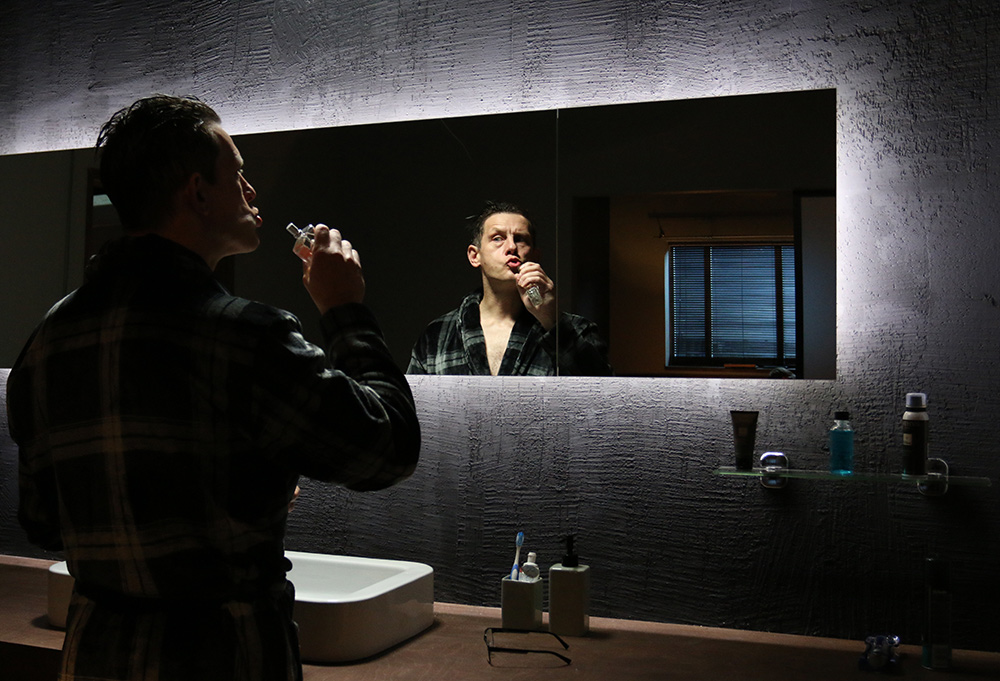 Jan is the eldest son of his parents, Heidi and Ingar Uuspõld. His mother is an accountant and his father was a long-distance driver. His two younger brothers are named Andrus and Jaanus Uuspõld.

Jan has two kids, a daughter and son.

In 2012, Jan moved back to Nõmme and lives there with his wife Gerli Tiganik. They got married in 2013.